Football is sacred in England which means that fans in England treat their favorite teams with utmost respect. Because of this treatment, there are many popular clubs in England. However, their popularity does not have to have anything with success.

When it comes to most successful teams, we will observe several clubs with a long history in both English and European competitions. Only six of these most popular and most successful clubs have never been relegated from the English Premier League such as Manchester United, Arsenal, Liverpool, Chelsea, Everton, and Tottenham Hotspur. However, there are also some successful teams that struggled a lot and still struggle to get the old glory back. These teams include Newcastle United and Aston Villa which currently play English Championship and Manchester City which made great results in the recent history.

After getting the trophies of the 2016 FA Cup and the 2017 EFL Cup Manchester United took the lead when it comes to the most successful football teams in England. This statistics only counts major trophies such as English Division, FA Cup, League Cup, Champions League, UEFA Cup, and also the League titles. Manchester United now has a total of 42 major titles including 20 League titles, 12 FA Cups, five League Cups, three Champions League trophies won as well as two FIFA Club World Cups and one title of English Division.

Currently, Liverpool is second with 41 major titles. These titles include 18 league titles, seven FA Cups trophies, eight League Cups, five European Cups, and also three UEFA Cups. However, it is important to mention that these statistics did not include the titles such as Community Shield as well as the UEFA Super Cup. If we count them in, then Man United leads again with 66 titles against Liverpool´s 60. The last trophy for Liverpool FC came in 2012 when the club won the Football League Cup. 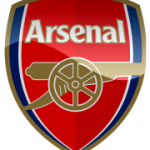 The last trophy which was won by Arsenal was in 2015 FA Cup. Arsenal FC is the third most successful club in England with 29 major cups. This result includes 13 League titles and 12 FA Cups. Furthermore, Arsenal has two League Cups as well as two UEFA Cups. However, Arsenal has 14 Community Shields.

The blue team from London has 21 major titles among which there are five League titles. In FA Cup Chelsea was a bit more successful with seven FA Cup trophies won. They also won five League Cups as well as one European Title. Concerning the UEFA Cups Chelsea won three. The last trophy which Chelsea won was the Premier League in 2015.

Both Aston Villa and Tottenham share the same number of titles 25 if we include Community Shield. However, since we observe only major titles, Aston Villa has a total of 21 including seven League titles. Besides, Aston Villa also has seven titles of the FA Cup and five titles of League Cup. In addition, Aston Villa FC has one European title winning European Cup in the season 1981-82 and also one UEFA Intertoto Cup from 2001 which was also the last trophy that was won by the club. If we add three Community Shields titles and one UEFA Super Cup we will get to the number of 25 titles.

The Toffees from Liverpool have 15 major titles in their history. They were the League winners nine times, and they also won the FA Cup five times. However, in European competitions, they were less successful with only one UEFA Cup during the season 1984-85. The last title in Everton´s existence is the 1995 FA Cup.

Tottenham is also one of the most successful teams in England with 17 titles in their history. Even though they won the League only two times, the club was much more successful in the FA Cup. They took the FA Cup trophy eight times. Furthermore, Tottenham won four League Cups as well as three UEFA Cups. In addition to the eight Community Shields titles, Tottenham and Aston Villa share the same number of titles.

Even though today Manchester City seems like one of the major clubs, their history proves otherwise. Only have they lately made a total of 13 titles with four titles in the Premier League, five titles in the FA Cup, three League Cups, and one UEFA Cup – the 1969–70 Cup Winners Cup. The last trophy which was won by the club is the 2016 Football League Cup. 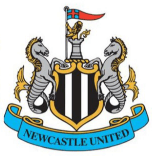 The Magpies from St. James´ Park have the total of 11 major titles. Even though they are not part of the Premier League recently, this club has a long history with many ups and downs. They won the League on four occasions. The club was more successful in the FA Cup, which they won six times. In European competitions, Newcastle only won UEFA Intertoto Cup in 2006. This was the last trophy that was won by the club.